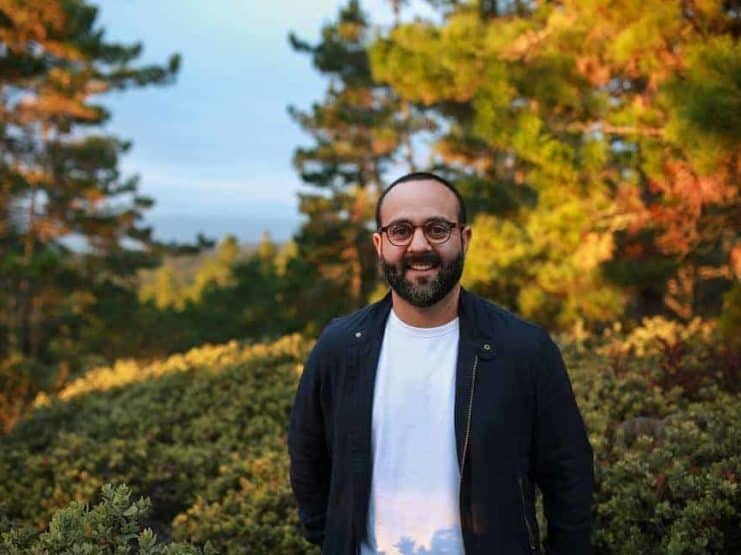 Earlier this year vegconomist reported on the hiring of Luis Espinoza, former VP of Manufacturing at Eat Just Inc, as COO of US/Australian food tech startup, Change Foods. A month previously, the fermentation specialists also announced the onboarding of Irina Gerry, formerly of Danone, to bring to market its dairy products made without the cow. With these two strategic hires, the company is on track to change the future of dairy.

vegconomist en español had the pleasure of speaking directly with Mr. Espinoza about his interesting story, how the health crisis has affected the industry, the mindset of consumers, and the prospects for the future of Change Foods.

Tell us a little bit about yourself and your experience in the Plant-Based space and how you ended up at Change Foods.
With pleasure. I am originally from Mexico and all my professional career I have been involved in the food industry. I am a Food Industry Engineer graduated from Tecnológico de Monterrey (ITESM) in Mexico, and since before university, I already had a serious interest in food production, agriculture and human nutrition.

I have been living in the United States for 11 years, where I arrived after the company where I worked offered me a good professional opportunity in the dairy industry and production of cheese, yogurt and other dairy products. At that time, I had the opportunity to be the general manager of three dairy manufacturing plants with approximately 400 employees and processing about 1.5 million litres of milk per day.

It was during this time in the dairy industry that I fell in love with the cheese production process specifically, and I have great respect and admiration for all those who dedicate themselves to this noble craft. Also, during this period and for spiritual rather than health reasons, I decided to adopt a vegetarian and plant-based diet. It was for this philosophical reason that I decided to take a new professional opportunity with Amy’s Kitchen, a very special company to which I am very fond and to which I owe much of my learning in the natural and vegetarian food space.

What differentiates Change Foods from other plant-based food companies?
Change Foods operates within the alternative protein space, where we seek to provide delicious and nutritious animal-free foods. There are now three pillars within the alternative protein space: plant-based, cell-based, and fermentation-based. Change Foods plays in the fermentation-based pillar. The biggest difference from plant-based foods that you may be familiar with today, such as almond milk, is that fermentation-based technology allows us to use precision-fermentation to use microorganisms to produce dairy proteins and other compounds. These compounds are bio-identical to their animal analogues, which means they are the same at a cellular level.  This enables us to create animal-free foods that taste and perform just like their animal-based predecessors, but without harming animals or taxing the planet.

At Amy’s, I had the opportunity to start a new manufacturing plant for frozen foods and canned soups, either 100% plant-based or vegetarian products where some dairy products are used as ingredients. Amy’s uses no eggs, meat, fish or peanuts in any of its products. It was during my work as General Manager of the Amy’s plant that I became much more familiar with the development of new plant-based products and ingredients, working closely with the new product research and development team and launching a long list of innovative new products.

In 2017 I decided to continue my professional development even more, specialising in the plant-based food industry, and after meeting Josh Tetrick, founder and CEO of Eat Just, I was captivated by his vision for the future of the world’s food production system and was very inspired. For this reason, I decided to leave Amy’s to join Just’s executive team and its mission, fulfilling my role as Vice President of Manufacturing. At Just I had the opportunity to learn a lot about the process of vegetable protein production, from Pea Protein to Mung Bean protein, as well as its application in the development of several highly innovative products, such as egg replacer, among other applications.

It was in late 2017 that he made the decision to co-found and take on the responsibility of CEO of a Cannabis production company in California. The company started as “Kind Farms Inc”, but we rebranded to POSIBL, in which we are dedicated to designing the farm of the future using technologies that in other times would have been unaffordable to apply in agriculture, but thanks to the economies of this crop and the commoditization of various technologies, it was possible for us to integrate “Hi-Tech” greenhouses. This production system uses significantly fewer resources, especially energy and water, and is an organic production system without the introduction of chemical pesticides, in addition, we use artificial intelligence and Machine Learning to improve daily decision making and optimise plant performance with less input and labour.

In June 2020 I decided to leave my day-to-day involvement in the cannabis industry, staying on as a board director and shareholder, to return to the food industry. At the end of August, I had the opportunity to read an article about a company called Change Foods, based in Australia, that was doing amazing things in the food technology, alternative protein, and dairy processing industry, so I decided to contact its founder and CEO, David Bucca, directly to talk to him about it.

After a couple of long conversations with David, it became clear to me that his vision for the future and the company’s mission aligned perfectly with my own vision for the industry, and the issues I am passionate about. Instantly there was a great connection between the two of us, I really liked his leadership and personality and we clicked well, so David invited me to join Change Foods’ external advisory group and collaborate in this way. Working as an advisor for several months with David, and other members of the team, his leadership style became clear to me and it was this that really motivated me to join as a full operations manager, and I couldn’t be happier to be part of this great mission and the great team we are building.

How has the health crisis affected Change Foods’ performance?
COVID exposed many vulnerabilities in our current food supply systems, including disease-spreading potential, inequities in the treatment of workers, and supply chain insecurity. COVID also further exposed the connection between our diet and health. In the US, where the average American diet is heavy in processed and animal-based foods, people’s health was affected to a much greater degree by COVID than in other nations. During COVID many consumers began to refocus their attention on diet and food supply. All of these trends create greater awareness and demand for cleaner, healthier and more sustainable alternatives. Change Foods is on a mission to create a world with a thriving and sustainable food system that is kind to people, animals and the planet.

What else is there for Change Foods in the future? what other product lines can we expect from you in the future?
Although we are starting with animal-free cheese, our technology allows for endless potential within the dairy foods space. We are evaluating products like animal-free milk, yogurt and ice cream for our expansion opportunities.