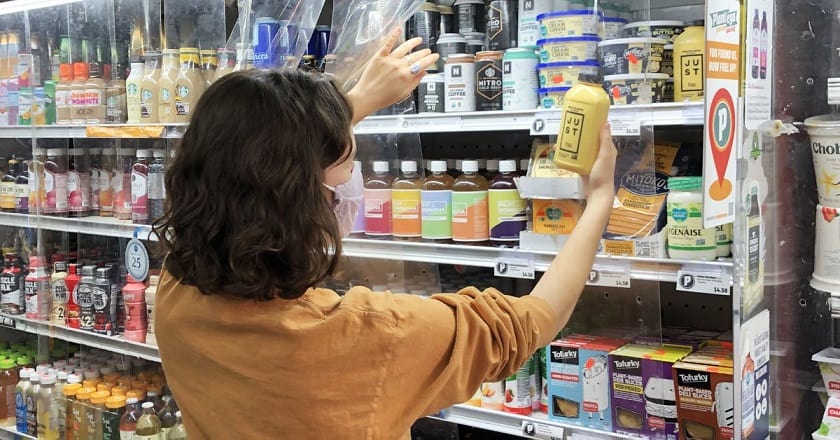 Plantega – a community-powered food system that works with New York bodega owners to supply the neighbourhood with plant-based essentials such as burgers, eggs, cheese, deli slices, and non-dairy ice cream – announces that after a successful trial in three locations last year, it will be expanding into over 20 bodegas across the city.

The concept was created in November 2020 by Effect Partners and its food solutions incubator, which announced in January the onboarding of entrepreneurs and influencers Nil Zacharias and Erick Castro to lead the initiative.

Industry-leading brands that are part of the scheme include JUST Egg, Good Catch, Beyond Meat, Miyoko’s Creamery, No Evil Foods, Follow Your Heart, and Tofurky. Additionally, locations featuring the Plantega Grill Menu offer freshly prepared staples like a Chopped Cheese, Sausage, Egg, and Cheese, and Deli Slice Sandwich, all made with 100 percent plant-based ingredients.

“For too long, the sustainable food movement has felt out of reach and culturally out of context for a large number of New Yorkers. Plantega is on a mission to change that,” said Nil Zacharias. “We use a unique community-powered food systems model that blends the latest food innovations with decentralized, local distribution. We partner with the city’s iconic independent bodegas using a turnkey solution that showcases delicious, high-quality, plant-based brands in formats that feel familiar and accessible to everyone. And we deploy community-led outreach efforts to build awareness and engagement locally.”

“Everyone should have the opportunity to nourish their bodies with food that’s good for their health and good for the planet. Plantega is working to make this possible. We’re thrilled to be a partner in Plantega’s continued initiative in bringing delicious, affordable plant-based foods to even more New York communities this year,” said Josh Tetrick, co-founder and CEO of Eat Just.

From today there will be a total of seven bodega locations, with plans to double by summer.

In addition, Plantega will also be launching unique collaborations with mission-aligned chefs, local farms, and community organizations to bring more offerings to the bodegas and its patrons/customers.

To learn more about Plantega visit www.eatplantega.com or follow @eatplantega on Instagram and Facebook. Join our community and conversation by using #eatplantega or #grabsomegoodstuff or sign-up for special deals by joining the VIP community by texting PLANTEGA to 474747.