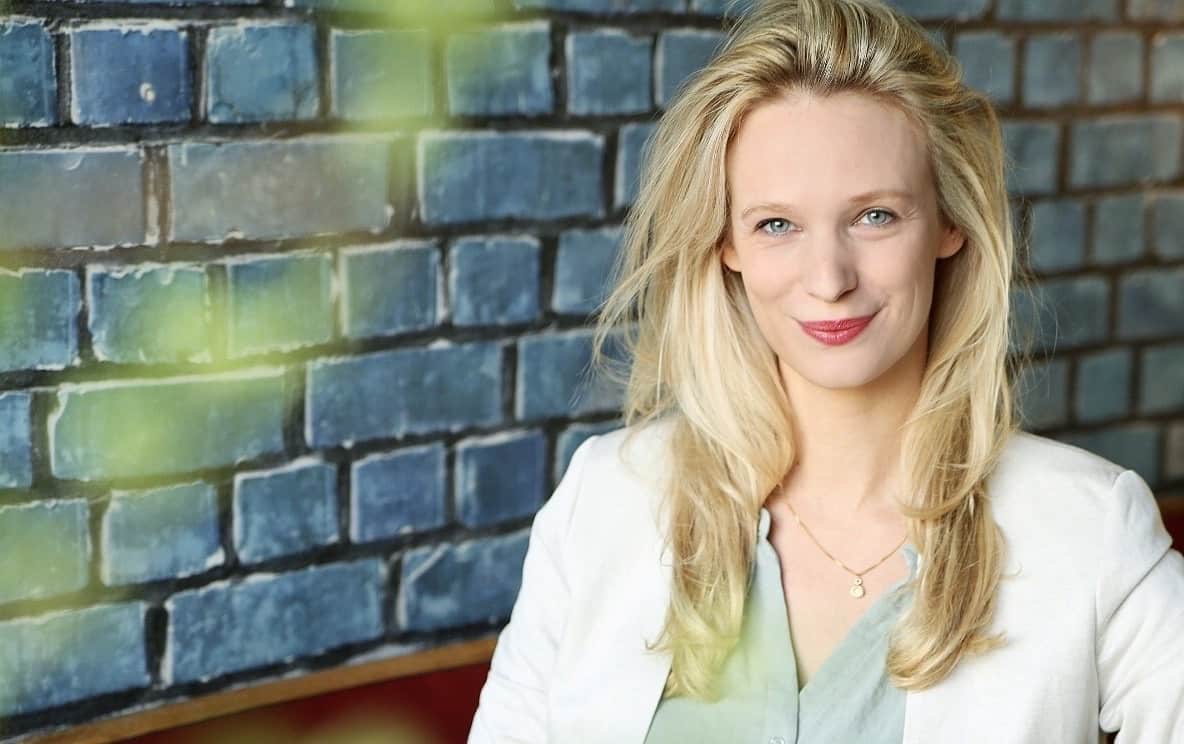 The Veganuary campaign, a non-profit encouraging the public to go vegan for January and beyond, has seen millions of participants from almost every country in the world since its inception in 2014 – it is a global movement that significantly impacts vegan business: more than 600 brands, restaurants, and supermarkets promoted the campaign 2021, launching more than 825 new vegan products!

Aside from the charity’s incredible influence on plant-based business, the results from its six-month follow-up survey of Veganuary 2021 participants revealed a permanent reduction in meat consumption for a large majority, with 68% also reporting health benefits including more energy, better skin and improved mood.

Veganuary is an absolute inspiration and a force to be reckoned with, and we were delighted to catch up with Chief Executive Ria Rehberg.

What’s your background and what did you do before Veganuary?
My background is in animal protection and before joining Veganuary I was Co-Executive Director of Animal Equality Germany, the German branch of an international animal protection non-profit, for several years. My academic background is in intercultural communications, so I was very excited to have been chosen by the founders of Veganuary to come on board early in 2019 to lead on Veganuary’s international expansion and grow our diverse team all across the globe.

What are you most proud of / what is Veganuary’s biggest achievement or milestone in your opinion?
The Veganuary campaign and challenge have played a significant role in making veganism more mainstream and creating an environment in which major food companies are investing millions into their Veganuary themed promotions of vegan products and switching to more sustainable animal-free options. Our positive, non-judgmental approach led to the involvement of all of Britain’s major supermarkets this last January – highlighting their vegan options and launching new vegan products to the market – and even advocating the reasons to try a vegan diet, such as caring for animals, staying healthy and eating sustainably.

“Our positive, non-judgmental approach led to the involvement of all of Britain’s major supermarkets this last January”

To me, this was a major milestone and a clear sign that the huge benefits a more plant-based diet can have on the planet, animals and people alike is now finally a well-known fact that is openly embraced by businesses throughout the food sector.

We all need to do our part to tackle the climate crisis, and I’m glad to see that Big Food is making it easier and easier for consumers to make the switch and eat delicious vegan foods without having to compromise on taste or affordability any more.

In how many countries will Veganuary run in 2022?
Veganuary runs active campaigns in the UK, Germany, India, the US, Chile, Argentina and Brazil and cooperates with wonderful partner organisations in Italy, Switzerland, France, Singapore, South Africa and Australia who run Veganuary campaigns in their respective countries. That said, we usually have people participating in our one-month challenge from all around the globe – last year people from over 200 countries and territories signed up with us to try vegan for a month!

What are the most exciting events highlights for you coming up this year?
I’m incredibly excited to say that worldwide we have the support of over 100 celebrities this year with several new faces including Joanna Lumley, Venus Williams, Jane Goodall, Benjamin Zephaniah and Deborah Meaden supporting the campaign for the first time which will hopefully help us reach a large audience and encourage millions of people to give vegan a go this year. We also have exciting projects in the pipeline – the highlight being our new Cinema Ad, which will be published shortly after Christmas!

Celebrities supporting Veganuary in 2022; how do their contributions benefit the campaign? Can you give some examples of what they have done for the campaign
Venus Williams, Jane Goodall, Sadie Frost, Bella Ramsey and Bryan Adams have donated their favourite vegan recipes to Veganuary’s 2022 cookbook which all participants receive completely for free which will hopefully encourage a lot of people to try the challenge and support them with delicious recipes along the way!

Chris Packham, who did Veganuary in 2019, is encouraging everyone who cares about climate change to take part this January as he fronts the charity’s new campaign video. He’s joined by Hollyoaks star Eva O’Hara, Emmerdale’s James Moore, TV presenter Jasmine Harman and Benjamin Zephaniah with heartfelt messages of encouragement in our launch video. And national treasure, actor and activist Joanna Lumley encourages Veganuary participants by stating: “I’m in awe of every single person taking part for the climate, our rivers and oceans, forests and wild places, animals and people. You’re all angels.”

Every single celebrity or influencer backing the campaign, posting about it on social media or supporting us in getting our message out into mainstream media is playing a significant part in helping us make veganism more visible and we’re incredibly grateful for their important support.

Which big retailers will be partners in 2022?
While we cannot yet publicize anything too concrete yet, we are very happy to say that most of Britain’s major retailers will participate in Veganuary in one way or the other and there are a lot of exciting new launches in the pipeline!

What are your personal highlights of vegan business launches in the past for Veganuary?
What a question! There were way too many to have favourites, but I was certainly very pleased to see that just a week after launching, Leon’s new Vegan Sweet Carolina BBQ Burger swept up the title of its bestselling burger last year and Pret’s new Meatless Meatball Hot Wrap was the first new product to become a top five bestseller in launch week in Pret’s history.

We also see a lot of international brands and chains participate in several of our main countries now, so that I’ve been able to enjoy Subway’s plant-based T.L.C. Sub in the UK and their vegan Teriyaki Chicken Sub in Germany for Veganuary last year!

What are the plans for the future – what is the mission as a whole and do you have any personal or organisation-wide objectives for the next years?
Our mission is to inspire and support people to try vegan, drive corporate change, and create a global mass movement championing compassionate food choices with the aim of ending animal farming, protecting the planet, and improving human health and that is what we will keep working towards! Next year we will work on strengthening our existing flagship countries as well as expanding our presence in Asia, where we are seeing huge potential for a rise in plant-based eating.