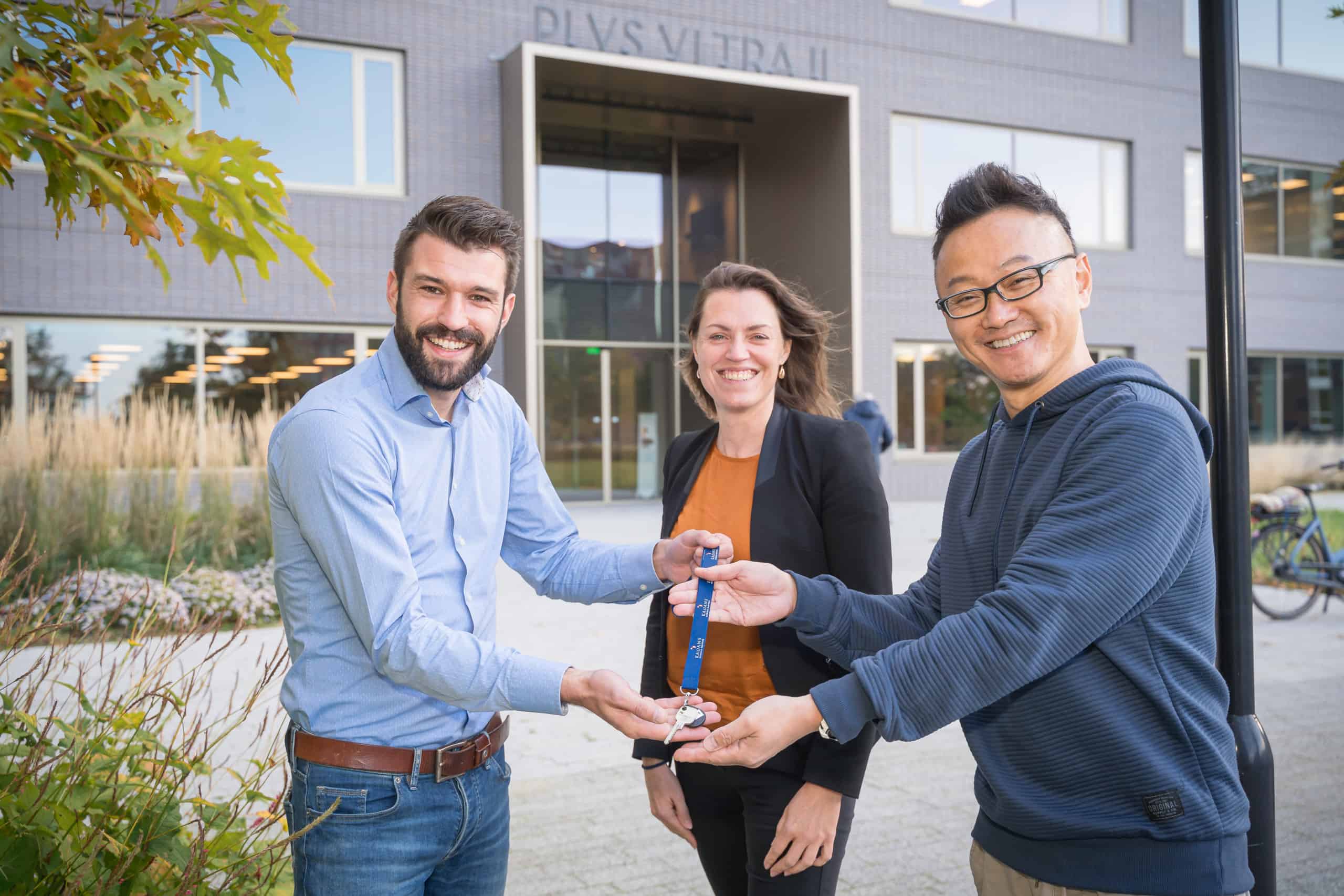 Singapore-based Sophie’s Bionutrients introduced the world’s first milk alternative made from protein-rich microalgae earlier this year. CEO and founder Eugene Wang now aims to shift the business to the Netherlands to tap into its plant-based protein ecosystem.

Algae-based ingredients have piqued food industry interest in recent years as a sustainable, animal-free source of protein, lipids and micronutrients. Traditionally grown in open ponds, they are extremely fast-growing and require few inputs – but Wang sees an even better way to grow microalgae for food, based on fermentation using various food industry waste as feedstock.

“Since I am trying to make it into foods, all I care about is the protein,” he explained. “I don’t care about the lipid. Since I am just caring about protein I can then use fermentation to increase production efficiency a lot, lot more. That’s how I stumbled on this technology.”

With an MBA from Colombia University, Wang initially set out to become an investment banker, but soon realised it was not the lifestyle for him. Raised in Taiwan, in a family with a long-standing food business, he found inspiration from his daughter Sophie who was allergic to shellfish. In 2013, Wang started to investigate how he could tap into algae to develop seafood alternatives – and then discovered algae’s far broader potential. Sophie’s Bionutrients was officially launched in 2019, and the company introduced its milk alternative made from 100% microalgae in May this year.

Wang says the microalgae milk alternative is just the beginning, and the company plans to expand into products like alternatives to yoghurt and cheese, as well as plant-based meat. He is already in talks with some major European dairy firms, and the company is looking for partners to help scale up production.

Following that, the company is also looking for commercial and manufacturing partners to expand from lab-scale to pilot-scale volumes.

Wang’s business was given an early boost by Enterprise Singapore, which later connected him with the FoodValley NL ecosystem, based in Wageningen in the Netherlands. He then joined – and won – the MassChallenge Switzerland Sustainable Food Systems Challenge in spring 2021.

“Through this pitching competition I came to realise that most potential customers, partners and talented future employees for Sophie’s Bionutrients are in fact situated in Europe, rather than Asia or the USA,” he said. “Europeans are more receptive to the environmental and health benefits of plant-based foods and are also willing to pay a higher price for novel and healthy food. No wonder that many relevant businesses and investors are situated in Europe as well.”

Indeed, the Netherlands already boasts over 250 plant-based protein companies and it is a European research hotspot for alternative proteins and microbial fermentation for food production. Many of those companies are located in the Food Valley region, home to Wageningen University & Research, which has its own plant-based meat research lab and an algae production and research centre, AlgaeParc. Industry leaders like Unilever, Upfield and Vivera Foodgroup have made major investments in plant-based innovation in the region. NIZO, a research centre with the largest food-grade pilot plant in Europe, is also located in Food Valley.

“In all aspects, Food Valley is the plant-based industrial heart of Europe,” said Wang.

With this in mind, he applied for a place with the accelerator programme at StartLife, the Wageningen-based agrifoodtech accelerator.

“We were immediately impressed with Eugene and his technology,” said Laura Thissen, Operations Director at StartLife. “Sophie’s Bionutrients fits our agrifoodtech community perfectly. Alternative protein and algae-oriented startups are numerous here in Food Valley, including StartLife alumni like Phycom, Fumi Ingredients, and Time-Traveling Milkman. In fact, Eugene met us through one of our alumni, Willem Sodderland, founder of food startup Seamore, with whom he has partnered up.”

StartLife offered tailored support instead of a place in the all-inclusive 12-week acceleration programme.

Thissen said, “It’s not uncommon for us to provide fully tailored support. We can help him settle his business in the Netherlands and connect to valuable partners and interested investors.”

“StartLife quickly demonstrated to be well-connected in the agrifood space,” said Wang “They already introduced me to valuable industry connections in the region.

He added that together with Kadans Science Partner, StartLife also invited him to open an office in its incubator space on Wageningen Campus.

“After all I had learned about the region, and the many great connections made in this area in such a short period of time, this was an offer that I wholeheartedly accepted,” he said.

Looking ahead, the company aims to establish itself as a Dutch entity, and to start manufacturing its microalgae-based products in the Netherlands. In the meantime, Wang is looking for partners to support the scale-up process, including those in research, regulation and manufacture.

“This is an open call to all parties in the Netherlands that might be interested, from fellow startups to corporates and investors,” Wang added. “I am looking forward to building the future of food together.”

Sophie’s Bionutrients, a B2B food technology company, is on a mission to unleash the limitless possibilities of nature, restore our planet and eliminate food allergies. It aims to achieve this by creating plant-based, protein-rich alternatives to meat and seafood using microalgae, the mother of all animal and plant life. In 2021 the company announced to be world’s first food tech company to use microalgae to develop 100% plant-based and sustainable alternative protein with the core vision that microalgae is the superfood of the future.

StartLife is Europe’s longest running and leading agrifoodtech startup accelerator. Its mission is to accelerate food and agtech startups shaping a sustainable food system. StartLife provides business development support, mentoring, funding and access to a global community of startups, investors, corporates and experts. Since 2010, the accelerator, that was co-founded by Wageningen University & Research, has supported over 400 startups that have so far raised over €185 million follow-on capital.

Kadans Science Partner has the mission to create and support innovation ecosystems. Kadans does this by offering tailor-made real estate solutions and giving tenants access into innovation ecosystems. The Plus Ultra II Building on Wageningen Campus offers office and lab spaces to startups, scale-ups and established companies and organizations that want to contribute to a vibrant community concerning agri & food and a healthy living environment.