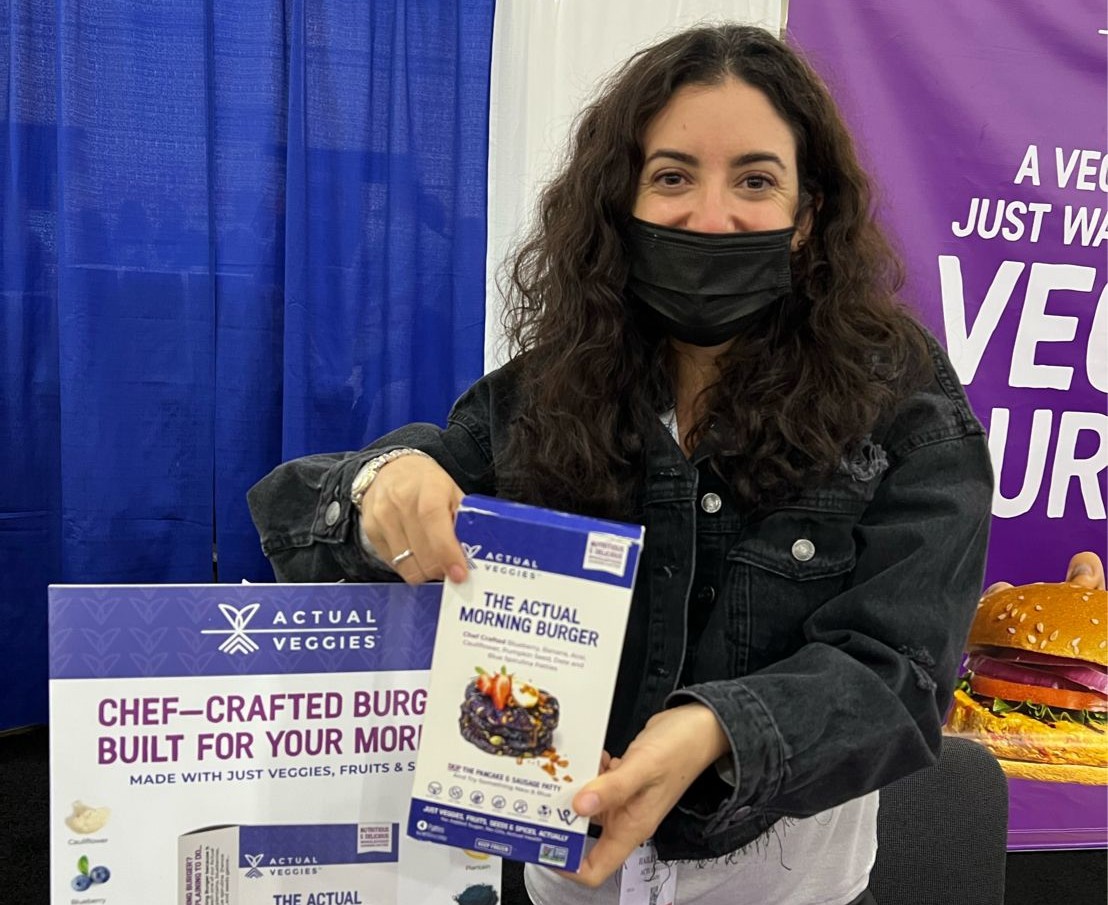 US company Actual Veggies produces plant-based burgers made with vegetables instead of processed ingredients. Now, the brand has created a sweet vegan breakfast burger, offering consumers a healthier way to start the day.

The new Morning Burger is made with blueberries, banana, acai, cauliflower, pumpkin seeds, dates, and blue spirulina. It is free from nuts, gluten, preservatives, soy, and added oils and sugars, while also being certified kosher and non-GMO.

The vegan breakfast burger will be sold frozen in packs of four. It can be served pan-fried, or blended up and added to a smoothie.

Actual Veggies recently showcased the burger at Plant Based World Expo, an event that is not open to the public. The product has not yet been officially launched, and the company has not revealed when the burgers will be available to buy.

Veggieburgers made from vegetables

While most vegan burgers are made from processed ingredients such as isolated soy protein, Actual Veggies sets itself apart by using whole vegetables. The brand’s current range features four types of burger, each in a different colour — black, purple, orange, and green. The colours come from whole food ingredients such as black beans and beets.

Actual Burgers says this selling point sets it apart from competitors like the Beyond Burger, and investors seem to agree — in August, the company secured $2.3 million from a range of high-profile investors, including the rapper Post Malone.

“The growth we have seen over the past few months far exceeded our expectations as we expanded nationally with partners including Sprouts Farmers Market, HungryRoot, Imperfect Foods, Sunbasket, QVC, and FreshDirect,” said Hailey Swartz, Co-Founder and Co-CEO, at the time of the investment. “We are humbled by our new partners’ shared excitement and look forward to building off our success to further scale Actual Veggies.”