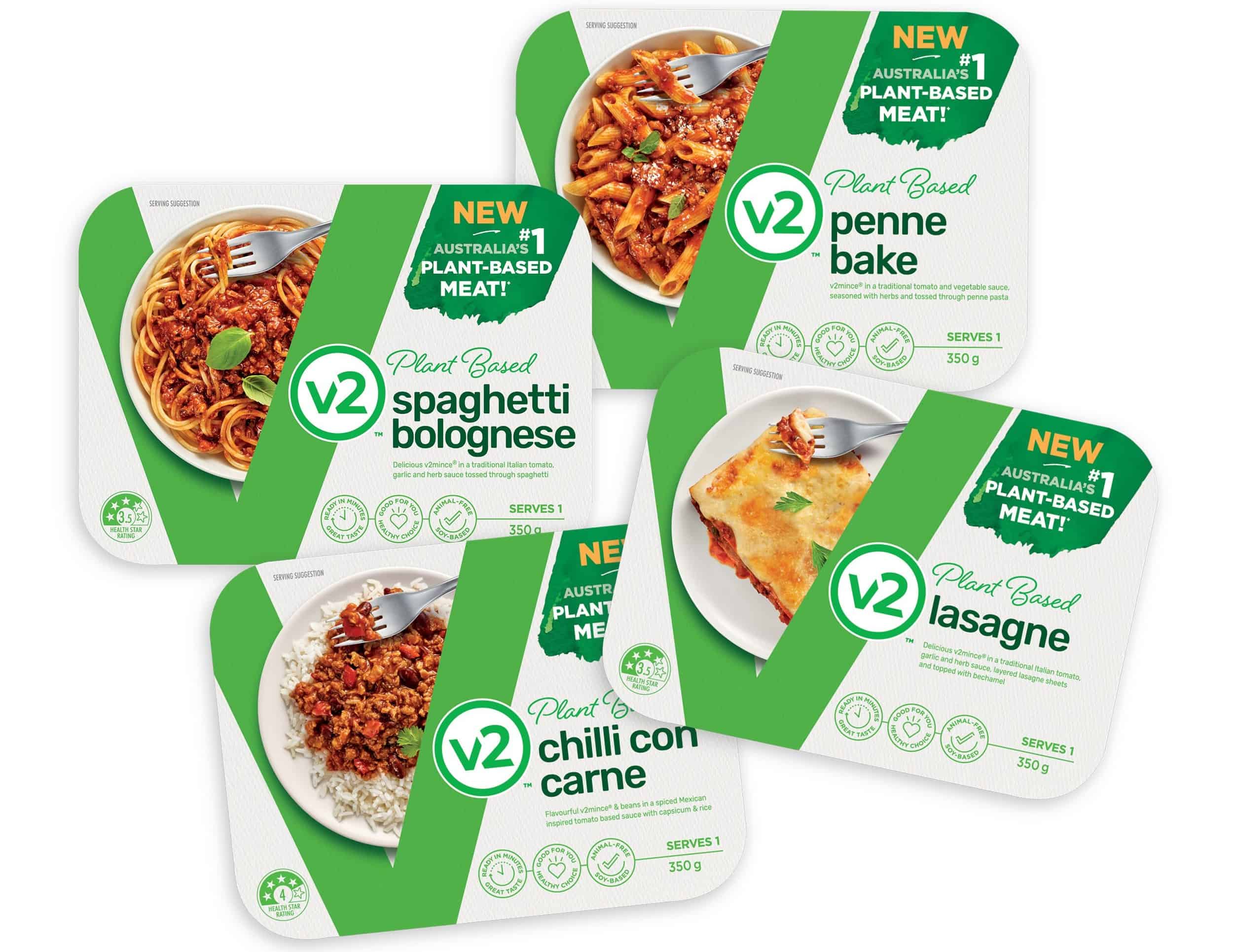 v2food this week announced the launch of a range of ready meals in Woolworths stores throughout Australia, marking its newest product development following v2mince®, v2burger®, v2sausage®, v2 pork mince in Asia, and the line of crumbed-chicken products launched this  March.

“We are not asking every Aussie to become vegan, instead, we’re encouraging them to switch to more plant-based meals”

The new range, available in Spaghetti Bolognese, Lasagne, Penne Bake and Chilli Con Carne, has been launched to cater for the demand for convenience meals in Australia, which has increased since the beginning of the pandemic, with the products evidently aimed squarely at flexitarians who continue to drive the market.

Founder and CEO Nick Hazell explains : “v2food is committed to making it easier for everyone to eat sustainably more often. We are not asking every Aussie to become vegan, instead, we’re encouraging them to switch to more plant-based meals. However, we understand there are barriers, with people hesitant to do so because of not knowing how to prepare or cook plant-based meats.

“The launch of ready-made meals, which are already loved family dishes, give us an opportunity to cut through this uncertainty and make it easier than ever for people to give it a go. With the same great taste as the meat equivalents, Aussies can enjoy their favourite meals, while doing good for the planet.”

The ready meals will be available across Woolworths locations nationwide at an RRP of AU$9.00 for 350g.