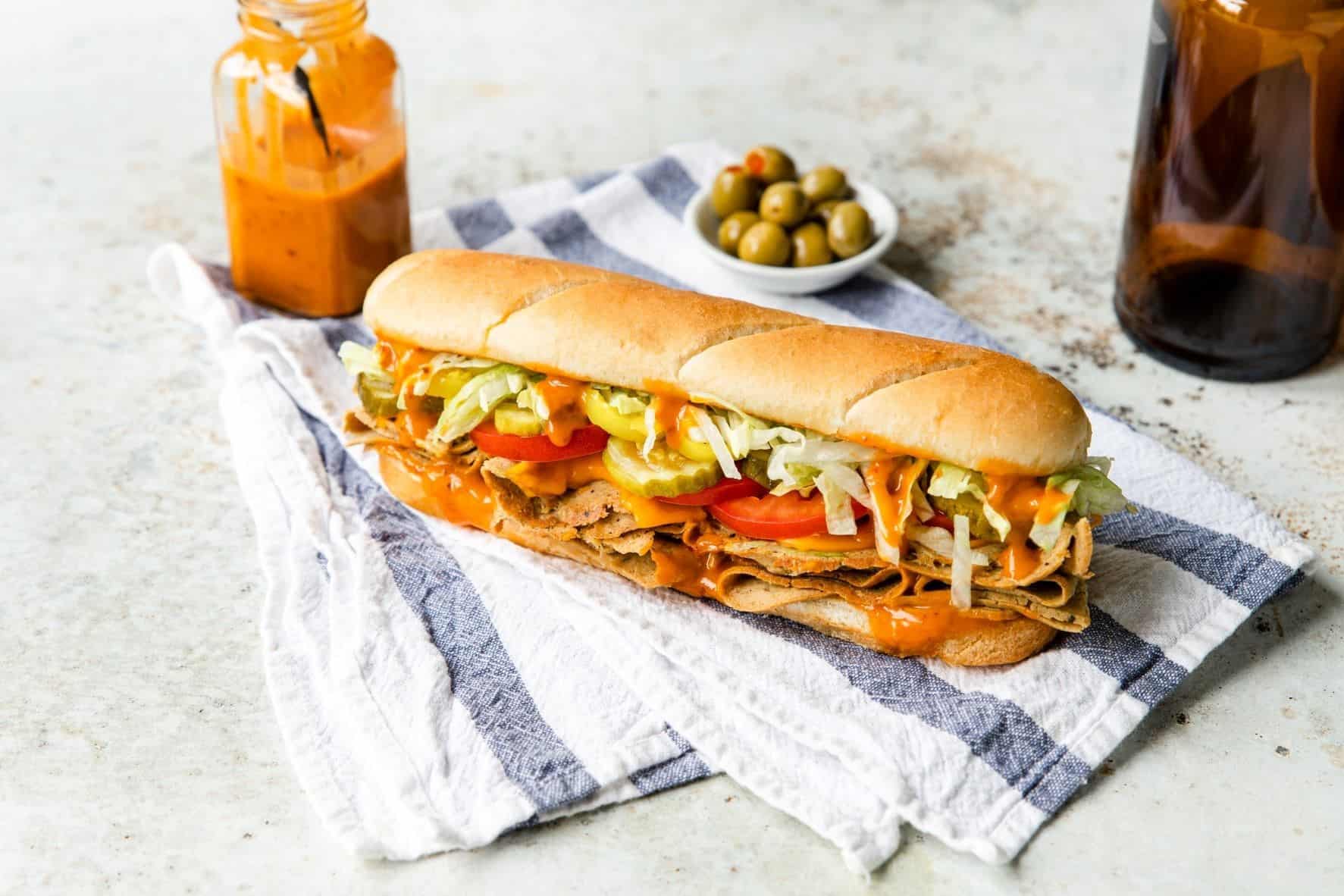 ©Only Plant Based!/ Unreal Deli

The new chain is now operating through Acelerate’s ghost kitchen and delivery platform in Austin, Denver, LA, NYC, and Raleigh, with more cities to come. Through the partnership, Only Plant Based! is supplying its creamy eggless dressings, mayo and sour cream to top Unreal Deli’s submarine sandwiches. The two brands plan to bring their plant-based sub menu to locations throughout America.

“It’s an ideal partnership and an example of how the plant-based experience can be enhanced through a collaborative business model,” says Only Plant Based! consulting chef George Vutetakis. “This venture brings together companies who have specific expertise and passion for their products in order to create the best possible menu, taste and access for the customer.”

Only Plant Based! launched its popular line of condiments in the US last year following success in the UK and Ireland. Its Original Mayo, Chipotle Mayo, Garlic Mayo, Ranch Dressing and Sour Cream can be found in 1,000 US grocers and online, including Kroger, Walmart and Amazon.

“I am extremely excited–it’s about time! These subs are outrageously delicious; one would never know they’re all made of plants,” says Unreal Deli owner Jenny Goldfarb. “Thanks to our extraordinary partners for bringing it all to life.”