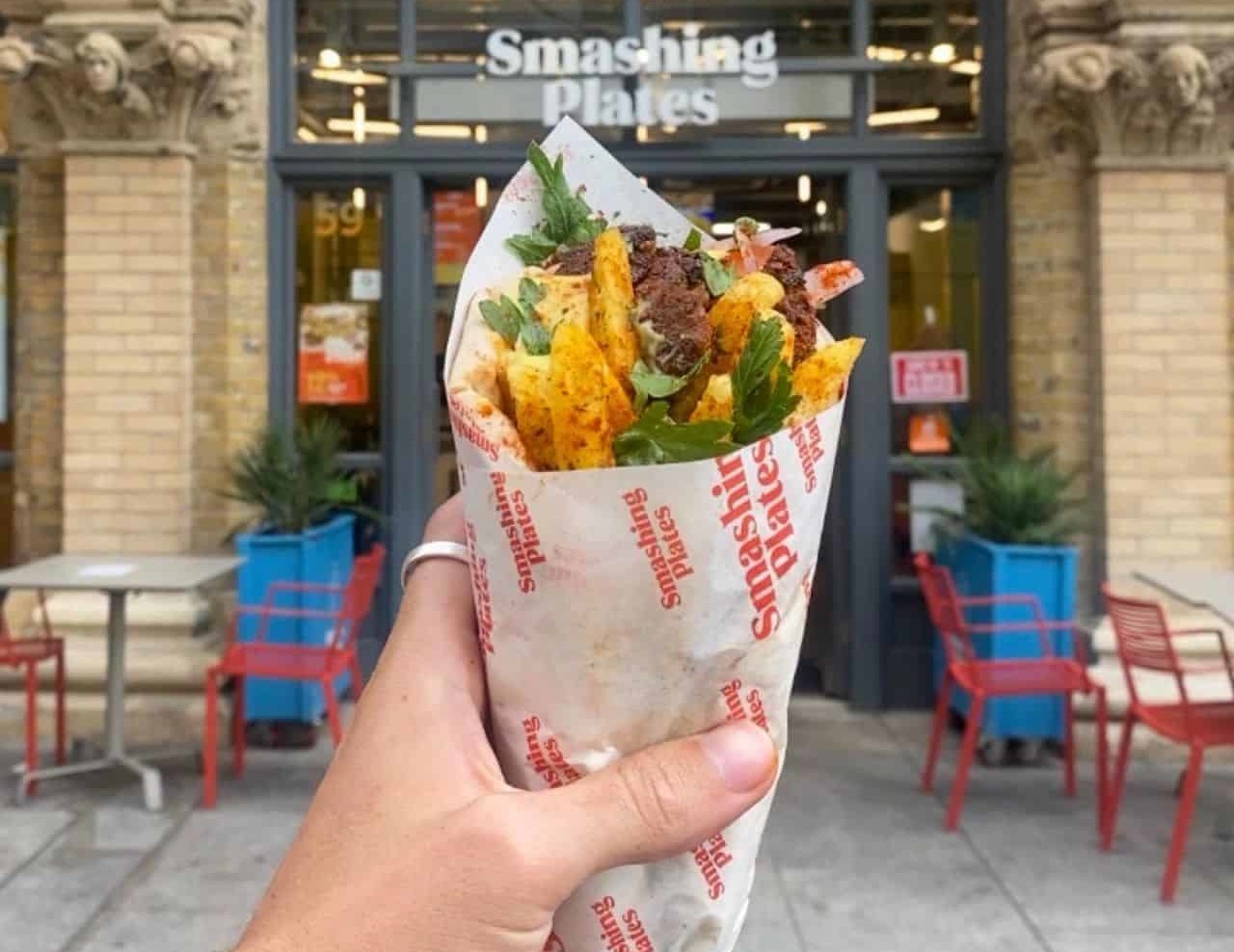 London-based Greek-style chain Smashing Plates has announced it is collaborating with Symplicity Foods to launch a plant-based kofta wrap.

Symplicity Foods was founded by Neil Rankin, a trained butcher who became concerned about the impact of animal agriculture on the environment. Disliking processed meat alternatives, he began making his own out of mushrooms, beetroot, and onions.

Symplicity now offers a range of meat alternatives, including burgers, sausages, meatballs, and mince. Additionally, the brand upcycles its waste ingredients to make condiments such as vegan ‘nduja and burger sauce.

“I think people are losing faith in heavily processed foods because it lacks that transparency, and they can see a disconnect with the idea of heavy processing and sustainability,” Rankin told vegconomist in May. “Chemicals don’t taste great. Food made by nature is always better. Nature does things better all round.”