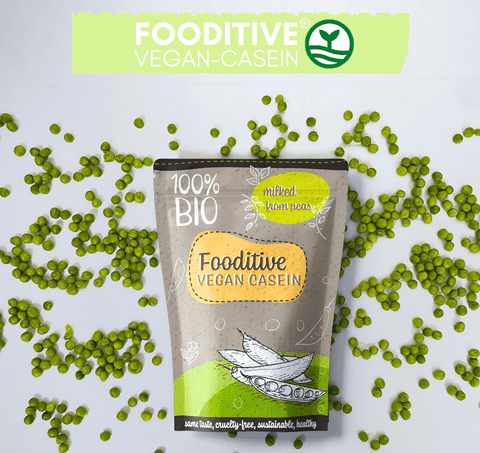 Casein is responsible for much of the texture and functionality of dairy products, such as the stretchiness of cheese, and this is one reason why vegan alternatives sometimes struggle to hit the mark. An animal-free source of casein could potentially lead to huge improvements in alt-dairy.

According to Fooditive, the ingredient will be the first vegan casein available for applications in the food industry when it launches next year. The company already has a list of food developers and businesses lined up to test the product.

While companies such as Nobell Foods and New Culture have also developed vegan casein, they only use the protein in their own products and have not made it available to the wider food industry.

Previously, Fooditive has used its innovative technology to develop an upcycled sweetener made from apples and pears, which the company now uses in its pea-based milk alternative GoPeasy. Following the success of this product, Fooditive decided to turn its attention to animal-free dairy proteins.

“Making healthy and affordable food for everyone means that we simply need to target every aspect of our diet, and animal-free products should definitely be a part of it. Delivering ingredients that have been produced sustainably is the main key to a long-lasting future that can support the growing human population,” said Moayad Abushokhedim, founder and CEO of Fooditive.